Those of you who paid your 2021 property taxes this year should have noticed a decrease when you paid your first half this past month. Even though it was only an 8% cut, I don’t think many counties in the country are seeing their taxes move in a downward direction.

It looks like the Maricopa County supervisors have decided to give us a break. It does make some sense since inflation is at its highest level in 40 years and Arizona’s economy is literally the hardest hit in the country. And they aren’t just robbing Peter to pay Paul in this case. As part of the American Recovery and Reinvestment Act, the federal government gave $435 million to the state to help pay for it.

However, the reduction only affects the county’s share of the total property tax. This does not include local taxes, school levies, or bonds that have been authorized and assessed by a local government. And I thought you might find it interesting to know that even these added expenses in Scottsdale North are much more affordable than many other areas.

Scottsdale North, A Better Value
To give you a feel for how much these extra premiums can add up to, let’s look at a home that recently sold in Scottsdale North and compare it to a home in Phoenix with a similar value. I chose the example homes because they are quite similar. Both properties are in a lifestyle community, both escrows were closed in the second week of July, and both properties’ county valuations were within $50 of one another. I didn’t do a big study on this, but my examples are representative of each area. This exercise will likely create more questions for you than it will answer, but I think it will be enlightening.

The chart above shows that the Scottsdale home sold for $180,000 more than the Phoenix home, but its valuation was only $30,000 more. That seems a bit odd. But the interesting part is that despite both values being significantly higher in Scottsdale, the taxes are almost half as much!

Just one more piece of evidence that Scottsdale is a bit more expensive but a better value. You always get what you pay for.
The difference in taxes is shocking, and the difference between what the assessor says the property is worth and what it is actually worth probably makes you at least curious. I might write about that one day, but for now, here are some ideas. In many states, the assessed value is the same as the purchase price of the home. Every time the house sells, the value is changed, and each year after that, it goes up by a certain percentage. This makes a lot of sense because that is a good way to figure out how much something is worth on the market, but can you imagine if Arizona did that? Holy Moly! I’ve been in real estate for a long time, and I’ve been waiting for politicians to try to get all this extra value, but they haven’t done it yet. And since taxes were just cut, it doesn’t look like it will happen any time soon.

There are still some things I don’t understand, and I am working on learning more about them. In my example, the value of the two homes I used to illustrate this point rose by roughly $30,000 between 2020 and 2021. While property taxes in Phoenix fell by $21, those in Scottsdale fell by $377. How fair is that? Could be that’s something we’ll revisit as well.
The Moral of the Story
It seems strange that two houses in the same county, only 11 miles apart, can be taxed so differently. But the most important thing to remember is that you live in a place with low taxes. If this article goes viral, everyone who is considering moving here will know that your taxes have gone down. I don’t think that happens in the states from which people move here. So, send this to all your out-of-state friends who are thinking about moving. This will help it spread. Tell them that Scottsdale is getting better and that they should come check it out. When they agree with you, tell them you know a great real estate agent who can show them what’s so great about Scottsdale North. 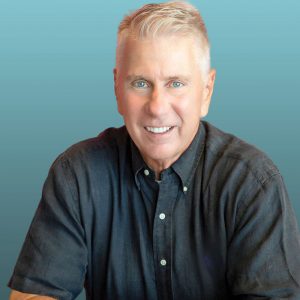 Scott Gaertner is an Associate Broker with Keller Williams Arizona Realty who for the past 35+ years has helped more people find their lifestyle niche in the Scottsdale North area than anyone else. He also contributes his thoughts on the real estate market and lifestyle interests in the area and is the creator of ConnectingScottsdaleNorth.com. For additional info, visit scottgaertnergroup.com or call 480-634-5000.